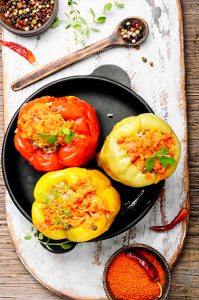 As promised, here is part two of this blog for batch cooking and using up all those great pantry items you might have around!

Perhaps You Have Peppers…

Stuffed peppers are another great way to use your bulk cooked ingredients for a flavorful meal. While I typically use red peppers, I have to admit that I really like using green peppers as the stuffing vessel for my peppers. I line them up in a crock pot, then pour a large can of crushed tomatoes that I’ve mixed in some herbs and spices around the peppers. Put the lid on, set to ‘high’, and allow them to cook until the peppers are soft and the stuffing is cooked through. If I’m going to head out for the day, I start it on ‘high’ until it gets bubbling, then reduce to low so that they will cook through but don’t need my hovering. Oh, and that sauce that you put in around the peppers….that’s your sauce for another meal. Add some frozen veggies into it and serve it atop your favorite pasta. For a lighter meal, you can stuff tomatoes with your mixture. Remove the inside of the tomatoes and mix in to your stuffing mixture.

I will never refuse a good ‘burger’; however, I’m not a fan of those store-bought ones. Put some of your beans in a bowl, and mash them, but leave some of the texture. Mix in some onions, carrots, celery, broccoli slaw, riced cauliflower, etc. These can be either sautéed or raw; but if raw, make sure that they are either shredded or minced for quick cooking. If you’re going to saute them first, add your chosen spices at the end to toast the spices. This brings out the natural oils in the spices and will greatly enhanced the flavors. Be careful not to burn the spices. A quick and easy way to ensure that won’t happen is to make a slurry of your spices with a touch or water or broth before adding them to the pan. Add in your rice or grain. If you have some of that aquafaba, you can use that as a binder. If not, some flax egg or similar will also work. Depending on the moisture content of the beans, it isn’t always necessary to add a binder, especially if you are making the patties in advance and going to freeze them. You want the mixture to be slightly moist, but not wet. If it is wet, you can always add some raw oatmeal, which will not only absorb the excess moisture but will also act as a binder.

*Note: I always make extra patties so that I’m fresh-cooking some and park the rest in the freezer for a quick meal another time. If they are frozen, no need to defrost, just remember to add a bit more cooking time and reduce heat once the outsides sear to ensure that they hold their shape. 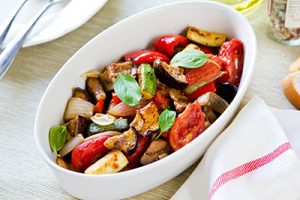 That alfredo sauce that I mentioned before? You can make a baked casserole using the beans, rice (or change it up and used partially-cooked pasta), and veggies. Grind some oatmeal with nutritional yeast, basil, oregano, and parsley for a topping. Don’t want to use nuts, no worries, use a tomato sauce of your choosing or a béchamel sauce, a plant-based-milk cream sauce that you can thicken with cornstarch, tapioca starch, or rice starch. Flavor it up by first sautéing minced onions and garlic, then adding spices and herbs after it thickens. Toss your beans, rice/pasta, and veggies with your sauce, bake in a 350 degree oven for about ½-3/4 hour, and you have a satisfying one-dish entrée. Make a double batch, and freeze half for another time (I often make double batches of most things I’m making in the kitchen so there’s always sometime quick and homemade in my freezer. Remember to put a label on the container with what’s in it and the date you put it in the freezer.)

Is it a rainy day that calls for a hearty warm bowl of soup? Beans, rice, frozen veggies, spices, and some broth into a pot, simmer for 15 minutes to bring all the flavors together. You have a quick, nutritious, and comforting meal. Since this is about using your pantry, I didn’t mention that you could also add some shredded cabbage or zucchinis, yellow squash, butternut squash. I think you get the idea. 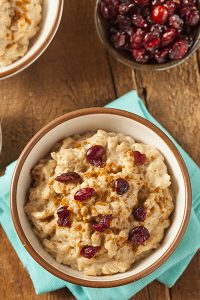 Did I Hear Someone Say Dessert?

Oh, yes. That rice that you made. Put it in a pan and cover with a plant-based milk to slightly above the rice. Think one to one here, but you can always add more milk but you can’t take it away. So, I typically start with less and add more, as/if needed. It will vary depending on the type of rice, how well cooked it is, the moisture left behind, and the viscosity of the milk you choose. Before you pour in the milk, however, puree two-three dates for sweetness, or you can use maple syrup, agave, pretty much the sweetener or your choice. Bring to a boil, then immediately reduce to a gentle simmer, stirring often, and adding additional milk, if needed. If you want a creamer rice pudding, you can whip up the aquafaba and gently fold it in once the rice pudding is removed from the heat and allowed to cool slightly. I find that, when I use the technique that is used for cooking risotto, I don’t even need to add any aquafaba. At the end, stir in vanilla. If you really want a show-stopping dessert, you can fold in raisins, or dried cranberries with slivered almonds. Sprinkle with a touch of cinnamon. This dessert is equally grand whether you eat it hot, at room temperature, or out of the refrigerator. Served along with some fresh fruit will make it as beautiful as it tastes grand.

Brownies? But, of course! Google ‘black bean brownies’ and you will find a wide array of whole-food plant-based recipes. They add a fudginess to the brownies that brings me back to my days as a child pulling those frozen brownies topped with ganache out of the freezer and not being able to wait until they defrost before devouring them. Oh, and if you feel so inclined, you can go into your pantry for ingredients to make a ganache to top your brownies as well.

but I hope you will feel inspired to take your batch cooking to a new level of ease and creativity. Always remember to enjoy and put love into your food. Those two ingredients are probably the best ones you can add.