Life has a way of throwing curve balls our way sometimes…

Mine started coming last September when my 86-year-old mother coded and was placed on life support. As you might remember, I live in the Sedona AZ area; and my parents resided in New Jersey, just ten miles outside Manhattan in the house that I was raised in. So, off to New Jersey I went and remained for more than several weeks.

After a couple weeks with no improvement, the Palliative Care Team at the hospital gathered my 87-year-old father, my 36-year-old son, and me in a conference room. Sitting across the table was a team of six medical professionals including physicians, social workers, and nurses. They told us that since my mother has a very specific advance directive, we were at that point where a decision needed to be made since improvement did not seem to be happening.

Sadly, we realized that we had to honor her wishes and have them disconnect her from all life sustaining apparatus. My Aunt Helen, my mother’s sister, was called; and she came to say her goodbyes as we were told to expect my mother to succumb to her illness within no more than 24 hours but most likely far less time than that, possibly and more probably, within minutes. When the time came and everything was removed, my mother opened her eyes and said, “I’m hungry.” So, lesson learned – miracles do happen. It was a long road of recovery; however, she returned home on November 17.

Home for the Holiday’s…

My return back to New Jersey for work and to celebrate Thanksgiving with my family was, drama-wise, uneventful. My return for the Christmas holiday was anything but that; and irrevocably changed our lives forever.

On Christmas morning, as my father was getting out of the car after a lovely morning visit with my son and grandsons, he went unconscious and took a terrible fall. He suffered a traumatic brain injury, a brain bleed in his front temporal lobe, which actually was what caused the fall and additional injuries. This left behind some cognitive and physical challenges. Needless to say, I remained in New Jersey, helping to care for both my parents. We all realized that they could no longer live independently, so the process began to move them in with me in my home in Arizona. I returned home, with my parents, on May 17.

It’s been quite the adjustment for all three of us; and I’m sure that will continue for some time. 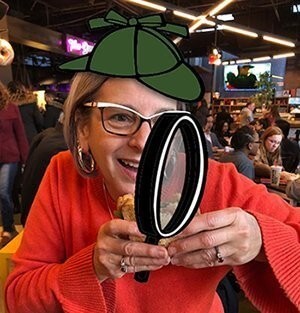 But here’s what I want to tell you, my parents are omnivores. My mother, especially, thought that my vegan lifestyle was odd, to say the least. She would never even try any of the food I made for myself. I found myself cooking animal parts for them, which completely devastated me. The only way I got through it was to do what I do when I feed my carnivore cats. I pause for some moments before I feed them and say a sort of prayer to the spirit of the animals, expressing my sadness for what they endured to bring this food to my cats (and now to my parents).

But, I found it to be much easier with the cats because they are carnivores/omnivores. I tried moving them to a vegan diet; and it did not go well for them. They both began to get sick and vomit constantly and lost quite a bit of weight. Now I give them a mixed diet of vegan dry food and a high-grade meat cat food.

Here’s the thing that I know about my parents, not only do their lives NOT depend on eating animals, but also they would thrive much better if they moved to a plant-based diet.

So, here’s where the vegan sleuth comes in. We are so very fortunate to have such a wide variety of plant-based meat alternatives today. Many companies are now creating products that can successfully be fed to omnivores, without them realizing that they are eating plant-based food items.

Here is how I’ve gotten away with it so far…

When I’m making something that would typically involve eggs, I pour the product Just Egg into one of my mise-en-place bowls before they see that it came from a bottle rather than a shell. Side note, I always do mise-en-place, so they would be none the wiser 🙂 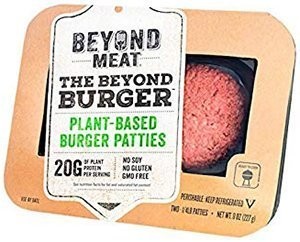 My next success was burgers. I have an outdoor kitchen that includes a propane gas grill. So, I told them that the right side would be for their omnivore foods while the left side was exclusively for my vegan food. I even created a separate cabinet with a different set of dishes and silverware for them to eat off of so that the items I use remain vegan, never being touched by anything other than plant-based foods. I took two Beyond Meat Burgers and flattened them out a tad as my parents don’t like thick burgers, then placed them on one of their dinnerware dishes to carry outside. Success!! My mother’s comment was that there is nothing like a good burger off the outdoor grill. My father agreed. 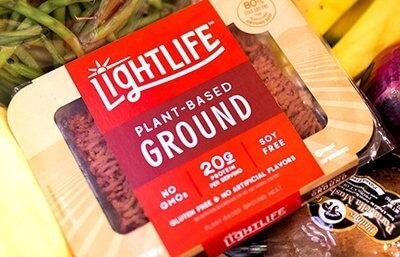 Coming off that success and beginning to feel a tad cocky about it, I decided to try my luck with a meatloaf. Our local grocery store started carrying LightLife’s plant-based Ground Beef. I remembered how my mother made her meatloaf, so I replicated it. Since it also included eggs, out came the Just Egg. When I baked it, it came out looking exactly like I remembered hers looking. But, the proof would be in the taste.

Alas, my mother’s first comments were, “You haven’t lost your touch with meatloaf after all these years. It tastes just like mine!.”

Vegan Sleuthing for the win!

Next, my confidence really running at a high, I invited my neighbor/friend over for dinner. Skip’s meals must always include some type of meat, so feeding not only my parents but also Skip was taking my Vegan Sleuth to another level. 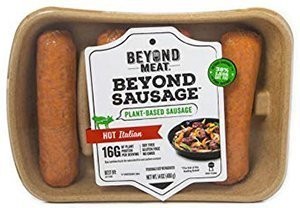 I decided upon Italian sausage and peppers. Ready with Beyond Meat Italian Sausage, I went to work thickly slicing the sausage, adding in slices of peppers and onions, then tossing it with Italian red gravy mixed with some muddled fennel seeds.

What they don’t know will not only not hurt them, it will help heal them.

While they are not vegan and when eating out, they order whatever they like; I will continue to sleuth for more ways to prepare in-home meals that they won’t recognize as vegan. I’m already planning my next meal for them, some sort of chicken dish, most likely either chicken parm or chicken Marsala or similar.

If you have any suggestions or stories of your own, I would love to hear from you! Let’s start a conversation about your vegan sleuthing adventures!